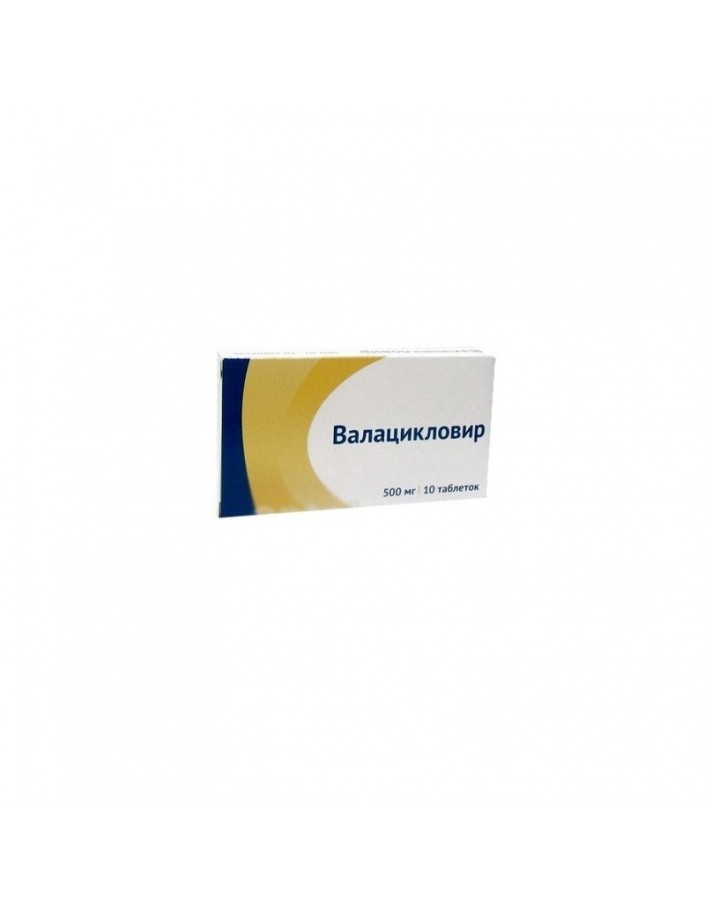 Valaciclovir is a nucleoside inhibitor of the DNA polymerase of herpes viruses. Blocks viral DNA synthesis and virus replication. In the human body turns into Acyclovir and L-valine; As a result of phosphorylation from acyclovir, active acyclovir triphosphate is formed, which competitively inhibits viral DNA polymerase. The first stage of phosphorylation occurs under the influence of a virus-specific enzyme (for Herpes simplex type 1 and 2, Varicella zoster - viral thymidine kinase, which is found only in cells infected with the virus). More active against Herpes simplex than Varicella zoster.

Hypersensitivity, HIV infection with a CD4 + lymphocyte content of less than 100 / μl, children's age (up to 12 years old with CMV, up to 18 years old - for other indications).

Inside (regardless of the meal).

Elderly patients, people with dehydration during the period of treatment should increase the volume of fluid consumed (the risk of developing acute renal failure). In the treatment of genital herpes, sexual contact should be avoided, because The drug does not protect against transmission. Taking the drug in high doses for a long time in conditions accompanied by severe immunodeficiency (bone marrow transplantation, clinically expressed forms of HIV infection, kidney transplantation) led to the development of thrombocytopenic purpura and hemolytic uremic syndrome, up to a fatal outcome. In the event of side effects from the central nervous system (including agitation, hallucinations, confusion, delusions, seizures and encephalopathy), the drug is canceled.

Cimetidine and tubular secretion blockers reduce the effect (reduce the rate, but not the full conversion into acyclovir). In persons with normal QC, dosing regimen correction is not required. Nephrotoxic drugs (including cyclosporin, tacrolimus) increase the risk of nephrotoxicity.

Store at a temperature not exceeding 30 ° C.