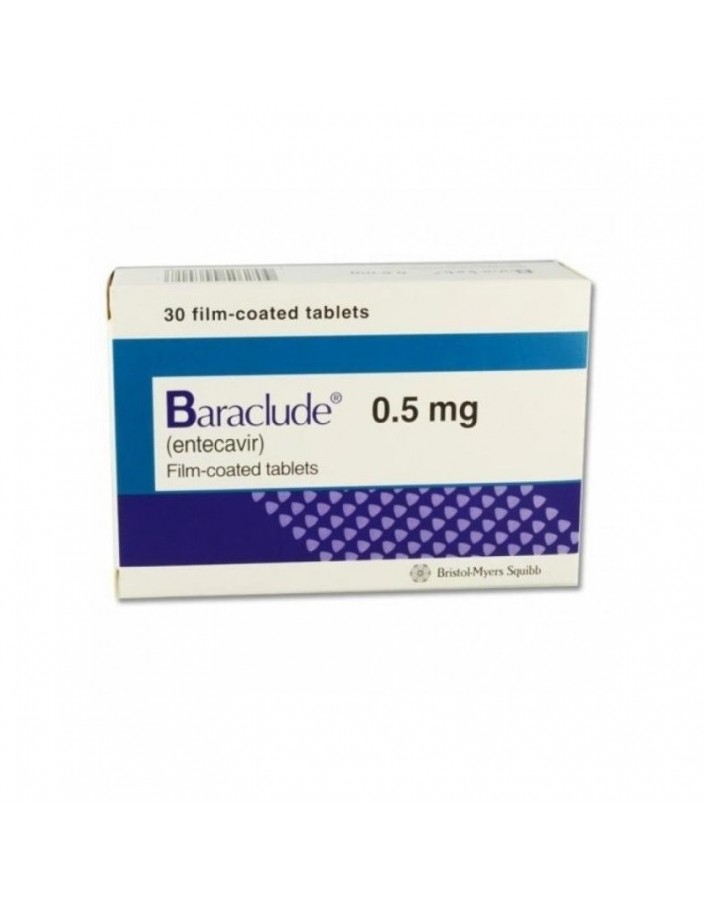 Chronic viral hepatitis b without a delta agent

Antiviral drug, is an analogue of the nucleoside guanosine with a powerful and selective activity against the polymerase of the hepatitis B virus (HBV). Entecavir is phosphorylated to form active triphosphate with an intracellular half-life of 15 hours. The intracellular concentration of entecavir triphosphate is directly related to the extracellular level of entecavir, and there is no significant accumulation of the drug after the initial plateau level. By competing with the natural substrate, deoxyguanosine triphosphate, entecavira triphosphate inhibits all 3 functional activities of the viral polymerase: 1) HBV priming polymerase, 2) negative transcription of the pregenomic mRNA and 3) synthesis of the positive HBV DNA strand. Entecavira triphosphate is a weak inhibitor of cellular DNA polymerases α, β and δ with Ki 18-40 μM. In addition, at high concentrations of entecavir triphosphate and entecavir, no side effects were noted with respect to γ ​​polymerase and DNA synthesis in the mitochondria of HepG2 cells.

In healthy people, entecavir absorption is fast, Cmax in plasma is determined after 0.5-1.5 hours. When you take entecavir again in a dose of 0.1 to 1 mg, an increase in C is proportional to the dose.max and AUC. The equilibrium state is achieved after 6-10 days of ingestion 1 time / day, while the concentration in plasma increases about 2 times. Cmax and Cmin plasma equilibrium was 4.2 and 0.3 ng / ml, respectively, when taking the drug at a dose of 500 μg, 8.2 and 0.5 ng / ml, respectively, when taken at a dose of 1 mg. When ingestion of entecavir in a dose of 500 mcg, both with food with a high fat content and with low, there was a minimal delay in absorption (1-1.5 hours when taken with food and 0.75 hours when taken on an empty stomach), a decrease in Cmax by 44-46% and a decrease in AUC by 18-20%.

Vd Entecavir exceeded the total amount of water in the body, which indicates a good penetration of the drug into the tissue.

The binding of entecavir to human plasma proteins in vitro is about 13%.

Entecavir is not a substrate, inhibitor or inducer of P450 isoenzymes. After the introduction of the labeled 14S-entecavir man and rats were not determined oxidized or acetylated metabolites, and the metabolites of phase II (glucuronides and sulfates) were determined in a small amount.

After reaching Cmax entecavir plasma concentrations decreased biexponentially, with T1/2 was 128-149 hours. When taken 1 time / day, there was an increase in the concentration (cumulation) of the drug by 2 times, that is, effective T1/2 was about 24 hours

Entecavir is excreted mainly by the kidneys, with 62-73% of the dose being determined in an unchanged form in the urine in the urine. Renal clearance does not depend on the dose and ranges from 360 to 471 ml / min, which indicates glomerular filtration and tubular secretion of the drug.

Chronic hepatitis B in adults with:

- compensated liver damage and the presence of viral replication, increased levels of serum transaminase activity (ALT or ACT) and histological signs of inflammation in the liver and / or fibrosis;

From the skin and subcutaneous tissue: alopecia, rash.

There are limited data on cases of drug overdose in patients. In healthy volunteers who received the drug in doses up to 20 mg / day for up to 14 days or in single doses up to 40 mg, there were no unexpected adverse reactions.

In the treatment of nucleoside analogues, incl. cases of lactic acidosis and severe hepatomegaly with steatosis, sometimes leading to the death of the patient, are described as entecavir, as monotherapy and in combination with antiretroviral drugs.

Risk factors are female gender, obesity, long-term use of nucleoside analogues, hepatomegaly.If these symptoms appear or laboratory confirmation of lactic acidosis is obtained, treatment with the drug should be discontinued.

Cases of exacerbation of hepatitis after the abolition of antiviral therapy, including entecavir. Most of these cases were without treatment. However, severe exacerbations may develop, incl. fatal. The causal relationship of these exacerbations with the abolition of therapy is unknown. After cessation of treatment, it is necessary to periodically monitor the function of the liver. If necessary, antiviral therapy can be resumed.

Patients with co-hepatitis B / HIV infection

It should be borne in mind that when prescribing entecavir to patients with co-infection of HIV who are not receiving antiretroviral therapy, there is a risk of developing resistant strains of HIV. Entecavir has not been studied for the treatment of HIV infection and is not recommended for this use.

There are no data on the effectiveness of entecavir in patients with combined hepatitis B / hepatitis C / hepatitis D infections.

There was a high risk of serious side effects from the liver, in particular, in patients with decompensated lesion of class C liver according to the Child-Pugh classification. Also, these patients are more at risk of developing lactic acidosis and such specific kidney side effects as hepatorenal syndrome.In this regard, it is necessary to carefully monitor patients for the identification of clinical signs of lactic acidosis and renal dysfunction, as well as to conduct appropriate laboratory tests in this group of patients (liver enzyme activity, blood lactic acid concentration, serum creatinine concentration).

Patients should be informed that entecavir therapy does not reduce the risk of transmission of hepatitis B and, therefore, appropriate precautions should be taken.

In violation of the functions of the liver

In patients with hepatic insufficiency, dose adjustment of entecavir is not required.

Have elderly patients dose adjustment is not required.

Adequate and well-controlled studies in pregnant women have not been conducted. Use of the drug Baraclude® during pregnancy is possible only in cases where the expected benefit of therapy for the mother outweighs the potential risk to the fetus.

Data on the removal of entecavir with breast milk is not. When using the drug, breastfeeding is not recommended.

Since entecavir is excreted primarily by the kidneys, with the simultaneous administration of entecavir and drugs that cause impaired renal function or competing at the level of tubular secretion, an increase in serum concentrations of entecavir or these drugs is possible.

With the simultaneous appointment of entecavir with lamivudine, adefovir or tenofovir, no clinically significant drug interactions were detected.

The interaction of entecavir with other drugs that are excreted by the kidneys or affect kidney function has not been studied.With the simultaneous appointment of entecavir with such drugs, the patient requires careful medical supervision.

The drug should be taken orally on an empty stomach (ie, no less than 2 hours after a meal and no later than 2 hours before the next meal).

Patients with decompensated liver damage the drug is prescribed in a dose of 1 mg 1 time / day.

Have patients with renal failure Entecavir clearance decreases with decreasing QC. At QC <50 ml / min, incl. patients on hemodialysis and long-term ambulatory peritoneal dialysis, recommended dose adjustment of the drug Baraclude® as indicated in the table.