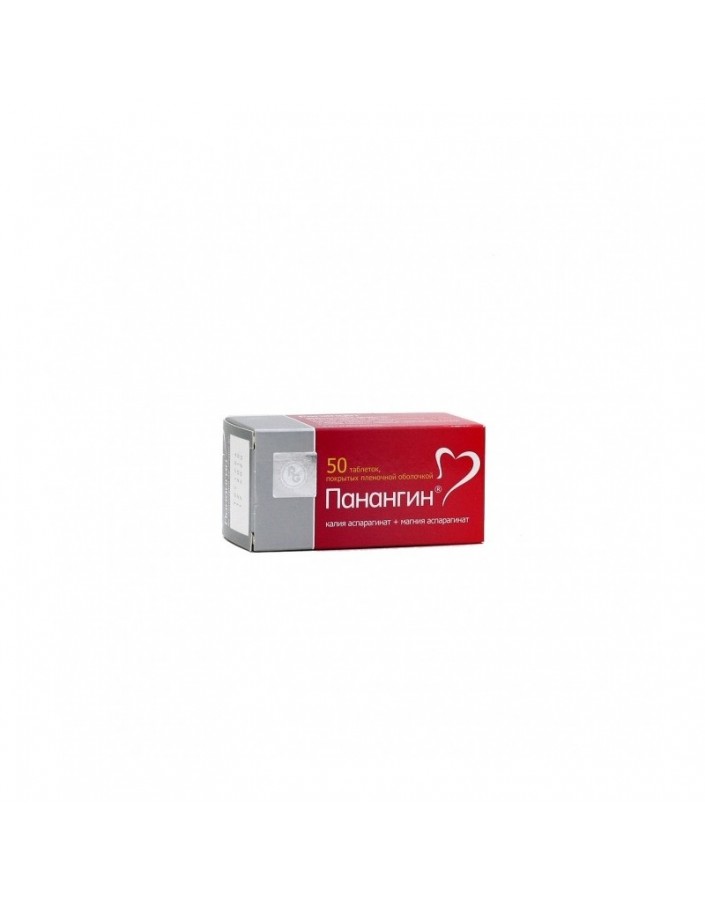 Antiarrhythmic, compensating for the deficiency of magnesium and potassium.
Panangin is a source of potassium and magnesium ions. Warns or eliminates hypokalemia. Improves metabolism of the myocardium. Improves tolerance to cardiac glycosides. It has antiarrhythmic activity. Asparaginate transports potassium and magnesium ions and promotes their penetration into the intracellular space. Asparaginate enters the cells and is involved in metabolic processes. Magnesium ion plays an important role in maintaining the homeostasis of potassium and Calcium, has the properties of a calcium channel blocker, participates in many enzymatic reactions, the metabolism of proteins and carbohydrates.

Heart failure, myocardial infarction, cardiac arrhythmias (predominantly ventricular arrhythmias), additional therapy for treatment with cardiac glycosides, hypokalemia, hypomagnesemia, insufficient intake of magnesium and potassium ions in the body when they are deficient in the diet.

For angina pectoris (as an aid) Panangin is prescribed by mouth for 2 pills 3 times a day.
For heart rhythm disorders Panangin is administered intravenously slowly or in drops of 2 amp. / Day (morning and evening).
with prophylactic or maintenance treatment Panangin prescribed 1 pill 3 times / day. The duration of therapy is determined individually.

It inhibits the absorption of oral forms of Tetracycline, iron salts and sodium fluoride (requires a 3-hour break between doses). Due to the presence of potassium in the drug, the risk of hyperkalemia increases (potassium levels in the blood plasma must be controlled) when combined with ACE inhibitors, beta-blockers, cyclosporine, potassium-sparing diuretics, Heparin and NSAIDs, the inhibitory effect on intestinal motility increases. With the development of hyperkalemia may decrease the action of drugs digitalis.
Due to the presence of magnesium in the preparation, the neuromuscular blockade is enhanced when combined with anti-depolarizing muscle relaxants, CNS depression - when combined with drugs for anesthesia. Reduces the effectiveness of neomycin, polymyxin B, tetracycline and streptomycin. Calcium preparations reduce efficacy, and calcitriol increases the level of magnesium in the blood plasma.