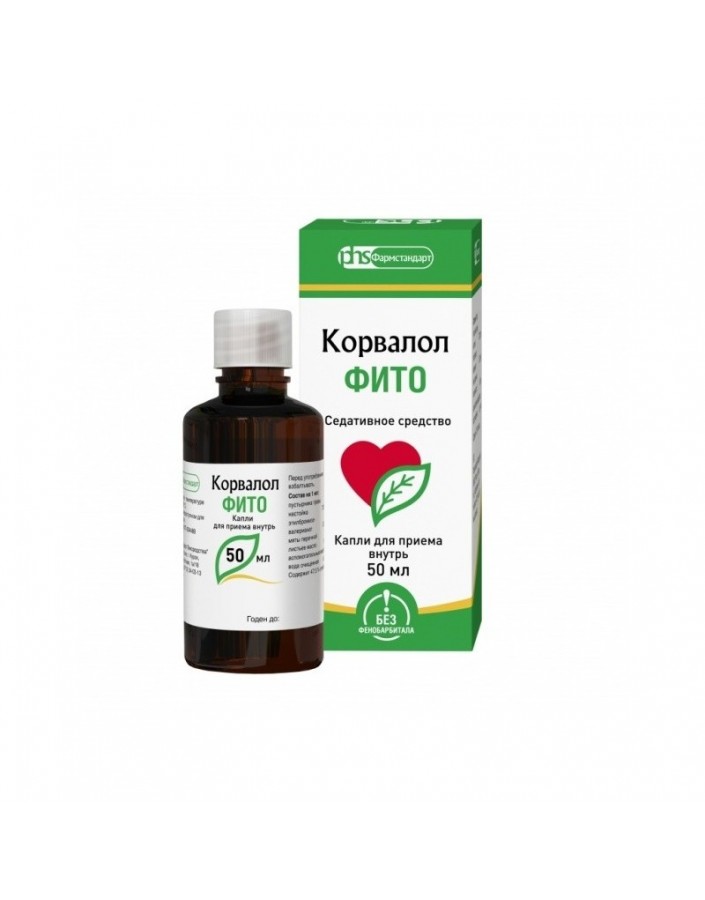 Drops for ingestion 50 ml in a dark glass dropper bottle.

Combined drug, the action of which is due to the properties of its constituent substances. It has a sedative and antispasmodic effect, a moderate cardiotonic effect (slows down the rhythm and increases the strength of heart contractions), has moderate hypotensive properties.

Ethylbromizovalerianat has a sedative and antispasmodic effect caused by irritation, mainly of oral and nasopharyngeal receptors, a decrease in reflex excitability in the central nervous system, and increased inhibition in the neurons of the cortex and subcortical structures of the brain, as well as a decrease in the activity of the central vasomotor centers and direct spasmolytic activity in the neurons of the cerebral cortex and subcortical brain structures, and direct local spasmolytic structures smooth muscle.

Peppermint oil has a reflex vasodilating, antispasmodic, mild choleretic, antiseptic effect. The mechanism of action is associated with the ability to irritate the “cold” receptors of the mucous membrane of the oral cavity and reflexively expand the vessels of the heart and brain. Eliminates the phenomenon of flatulence due to irritation of the receptors of the mucous membrane of the gastrointestinal tract (GIT), increasing intestinal motility.

To accept inside, before meal, 3 times a day on 30 drops, previously having dissolved in a small amount (30-40 ml) of water.

The course of treatment is 4 weeks (28 days). The duration of treatment can be increased by the recommendation of a doctor.

Experience with the use of the drug in children under 18 years of age, during pregnancy and during breastfeeding is absent.

Long-term use of the drug in high doses is not recommended, due to the possible toxic effect during cumulation of bromine in the body.

Alcohol should not be taken while using the drug.

Corvalol Phyto drops contains 47.5% ethanol, so when taken orally, the maximum single dose of the drug contains 0.308 g of absolute ethanol (ethanol), and a maximum daily dose of 0.923 g.

In connection with the possibility of dizziness, loss of concentration and other side effects associated with taking the drug, patients are advised to refrain from driving and other potentially dangerous activities that require high concentration of attention and speed of psychomotor and motor reactions during the treatment period.

Store at a temperature not higher than 25aboutC. Keep out of the reach of children.