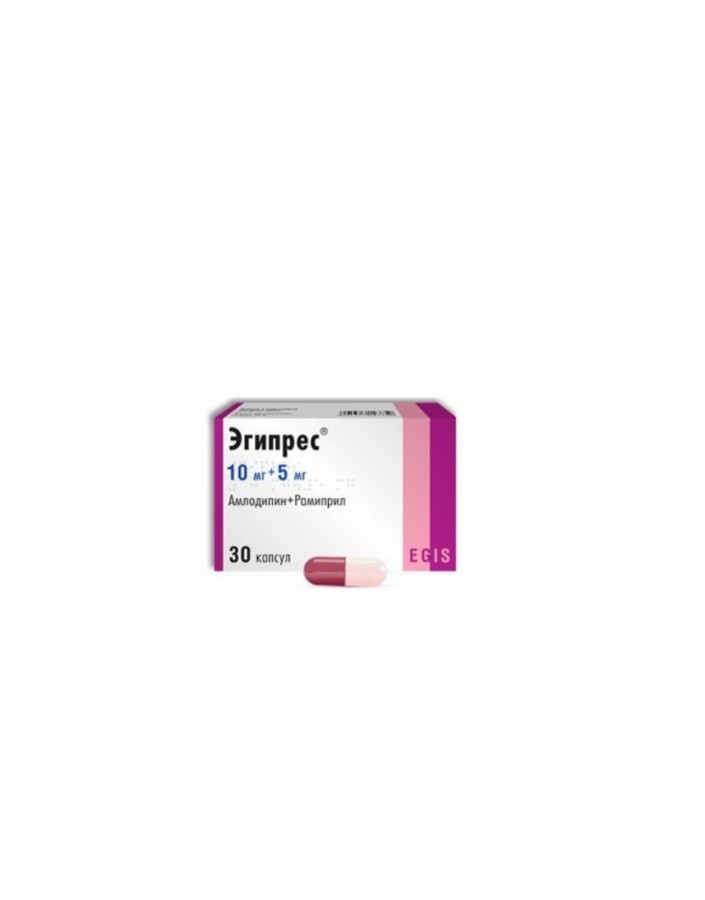 Cardiovascular: often - an excessive decrease in blood pressure, impaired orthostatic regulation of vascular tone (orthostatic hypotension), syncopal conditions; infrequently - "tides" of blood to the skin of the face, myocardial ischemia, including the development of an attack of angina pectoris or myocardial infarction, tachycardia, arrhythmias (appearance or amplification), palpitations, peripheral edema; rarely - the occurrence or enhancement of circulatory disorders on the background of stenotic vascular lesions, vasculitis; frequency not known - Raynaud's syndrome.

From the organ of hearing: rarely - hearing loss, ringing in the ears.

Hemic and lymphatic: infrequently - eosinophilia; rarely, leukopenia, including neutropenia and agranulocytosis, a decrease in the number of erythrocytes in peripheral blood, a decrease in hemoglobin, thrombocytopenia; frequency is unknown - oppression of bone marrow hematopoiesis, pancytopenia, hemolytic anemia.

Metabolism: often - an increase in the content of potassium in the blood; infrequently - anorexia, loss of appetite; frequency is unknown - decrease in sodium concentration in the blood, syndrome of inadequate secretion of ADH.

- hypersensitivity to amlodipine and other dihydropyridine derivatives;

- an obstructive process that impedes the release of blood from the left ventricle (for example, clinically significant aortic stenosis);

- children's and teenage age till 18 years (safety and efficiency are not defined).

- hypersensitivity to ramipril, other ACE inhibitors;

- angioedema in history (hereditary or idiopathic, as well as associated with previous therapy with ACE inhibitors);

- hemodynamically significant stenosis of the aortic or mitral valve, or hypertrophic obstructive cardiomyopathy;

- acute stage of myocardial infarction in patients with diseases such as severe heart failure (IV functional class according to NYHA), life-threatening ventricular arrhythmias, and pulmonary heart;

- hemodynamically significant renal artery stenosis (bilateral or unilateral in the case of a single kidney);

- hemodialysis (experience with clinical use is insufficient);

- nephropathy, the treatment of which is carried out by GCS, NSAIDs, immunomodulators and / or other cytotoxic agents (clinical experience is insufficient);

- hemodialysis or hemofiltration using some membranes with a negatively charged surface, such as high-flow polyacrylonitrile membranes (risk of hypersensitivity reactions);

- decompensated chronic heart failure (experience with clinical use is insufficient);

- desensitization therapy in case of hypersensitivity reactions to the poisons of insects - bees, wasps;

- simultaneous use of drugs containing aliskiren in patients with impaired renal function (CC less than 60 ml / min) and patients with diabetes mellitus;

- children's and teenage age up to 18 years (experience of clinical use is insufficient);

- children's and teenage age up to 18 years (experience of clinical use is insufficient).

Carefully use the combination amlodipine + ramipril in the following diseases and conditions:

- atherosclerotic lesions of the coronary and cerebral arteries (the danger of an excessive decrease in blood pressure);

- increased activity of the RAAS, in which, when ACE is inhibited, there is a risk of a sharp decrease in blood pressure with a deterioration in renal function;

- chronic heart failure, especially severe or about which other medicines are taken with antihypertensive effect;

- hemodynamically significant unilateral stenosis of the renal artery (in the presence of both kidneys);

- simultaneous use with drugs containing aliskiren (with double blockade of RAAS increases the risk of a sharp decrease in blood pressure, hyperkalemia and deterioration of renal function);

- dysfunction of the liver (lack of experience with the application): both strengthening and weakening of the effects of ramipril is possible; in patients with cirrhosis of the liver with ascites and edema, significant activation of the RAAS is possible;

- Systemic diseases of the connective tissue, incl. systemic lupus erythematosus, scleroderma, concomitant therapy with drugs that can cause changes in the pattern of peripheral blood (including Allopurinol, procainamide) - bone marrow hematopoiesis can be inhibited, neutropenia or agranulocytosis can develop;

- diabetes mellitus - the risk of hyperkalemia;

- chronic heart failure of the non-ischemic etiology of the III-IV functional class according to the NYHA classification;

- the only functioning kidney;

The drug is contraindicated for use during pregnancy because ramipril can have an adverse effect on the fetus: impaired development of the kidneys of the fetus, lowering blood pressure of the fetus and newborns, impaired renal function, hyperkalemia, hypoplasia of the skull bones, oligohydramnios, contracture of the extremities, deformation of the bones of the skull, hypoplasia of the lungs. Before starting the drug in women of childbearing age, pregnancy should be excluded.

If necessary, the use of the drug during lactation breastfeeding should be discontinued. It is not known whether amlodipine and ramipril are excreted in human breast milk.

In some patients receiving Calcium channel blockers, reversible biochemical changes were observed in the heads of spermatozoa. Clinical data are insufficient to assess the potential effect of amlodipine on fertility.

Contraindications: hemodynamically significant renal artery stenosis (bilateral or unilateral in the case of a single kidney); severe renal failure (CC <20 ml / min / 1.73 m2); hemodialysis (experience with clinical use is insufficient); nephropathy, the treatment of which is carried out by GCS, NSAIDs, immunomodulators and / or other cytotoxic agents (clinical experience is insufficient).

Specific instructions for ramipril and amlodipine apply to Hypres®.

In the treatment of arterial hypertension, amlodipine can be combined with the administration of thiazide diuretics, alpha- and beta-blockers, ACE inhibitors, long-acting nitrates, sublingual Nitroglycerin, NSAIDs, antibiotics and hypoglycemic means for oral administration.

In the treatment of angina, amlodipine can be prescribed in combination with other antianginal agents, including in patients refractory to treatment with nitrates and / or beta-blockers in adequate doses.

Amlodipine does not have any adverse effects on the metabolism and plasma lipids and can be used in the treatment of patients with asthma, diabetes and gout. Amlodipine can also be used in cases where the patient is prone to vasospasm / vasoconstriction.

During treatment, body weight control and monitoring by a dentist is necessary (to prevent soreness, bleeding, and gingival hyperplasia).

Before starting treatment with ramipril, it is necessary to eliminate hyponatremia and hypovolemia. Patients who have previously taken diuretics need to cancel them, or at least reduce their dose 2-3 days before starting ramipril (in this case, the condition of patients with chronic heart failure should be regularly monitored due to the possibility of their decompensation with increase in bcc).

After taking the first dose of the drug, as well as increasing its dose and / or dose of diuretics (especially "loop"), it is necessary to ensure regular medical observation of the patient for at least 8 hours in order to take appropriate measures in the event of an excessive decrease in blood pressure.

If ramipril is used for the first time or in a high dose in patients with increased RAAS activity, then they should regularly monitor their blood pressure, especially at the beginning of treatment, because these patients have an increased risk of excessive blood pressure reduction. In case of malignant hypertension and heart failure, especially in the acute stage of myocardial infarction, treatment with ramipril should be started only in the hospital setting. In patients with chronic heart failure, taking the drug can lead to the development of a pronounced decrease in blood pressure, which in some cases is accompanied by oliguria or azotemia and rarely by the development of acute renal failure.

Caution should be exercised in the treatment of elderly patients, because they may be particularly sensitive to ACE inhibitors; in the initial phase of treatment, it is recommended to monitor indicators of renal function.

In patients for whom a decrease in blood pressure may pose a certain risk (for example, in patients with atherosclerotic narrowing of the coronary or cerebral arteries), treatment should begin under strict medical supervision.

Caution should be exercised during physical exertion and / or hot weather due to the risk of sweating and dehydration with the development of arterial hypotension due to a decrease in BCC and a decrease in sodium content in the blood.

Alcohol is not recommended during treatment.

Transient hypotension is not a contraindication to continue treatment after stabilization of blood pressure. In the case of recurrence of severe hypotension, reduce the dose or discontinue the drug. In patients treated with ACE inhibitors, there have been cases of angioedema of the face, limbs, lips, tongue, pharynx, or larynx. In the event of swelling in the face (lips, eyelids) or tongue, or a violation of swallowing or breathing, the patient should immediately stop taking the drug. Angioedema, localized in the tongue, pharynx, or larynx (possible symptoms: impaired swallowing or breathing),can be life threatening and requires urgent measures to stop it: subcutaneous injection of 0.3-0.5 mg or IV drip 0.1 mg of epinephrine (under the control of blood pressure, heart rate and ECG) followed by the use of GCS (IV, IV) or inside); It is also recommended in / in the introduction of antihistamines (histamine H antagonists1- and H2-receptors), and in case of insufficiency of inactivators of the enzyme C1β-esterase, you can consider the need to introduce in addition to epinephrine inhibitors of the enzyme C1esterase. The patient should be hospitalized and should be monitored until the symptoms are relieved, but not less than 24 hours.

In patients treated with ACE inhibitors, there were cases of intestinal angioedema, which was manifested by abdominal pains with nausea and vomiting or without them; in some cases, angioedema of the face was also observed simultaneously. When a patient with the above described symptoms appears in patients with ACE inhibitors, when a differential diagnosis is made, the possibility of developing intestinal angioedema in them should also be considered.

Treatment aimed at desensitization to the poison of insects (bees, wasps), and the simultaneous use of ACE inhibitors can initiate anaphylactic and anaphylactoid reactions (for example, reduction of blood pressure, shortness of breath, vomiting, allergic skin reactions), which can sometimes be life-threatening. During treatment with ACE inhibitors, hypersensitivity reactions to insect venom (for example, bees, wasps) develop faster and are more difficult.If it is necessary to conduct desensitization to the poison of insects, then the ACE inhibitor should be temporarily replaced by the appropriate drug of another class.

When using ACE inhibitors, life-threatening, rapidly developing anaphylactoid reactions have been described, sometimes up to the development of shock during hemodialysis or plasma filtration using certain high-flow membranes (for example, polyacrylonitrile membranes) (see also instructions of membrane manufacturers). It is necessary to avoid the joint use of ramipril and such membranes (for example, for urgent hemodialysis or hemofiltration). In this case, it is preferable to use other membranes or exclude the use of an ACE inhibitor. Similar reactions were observed in LDL apheresis using dextran sulfate. Therefore, this method should not be used in patients receiving an ACE inhibitor.