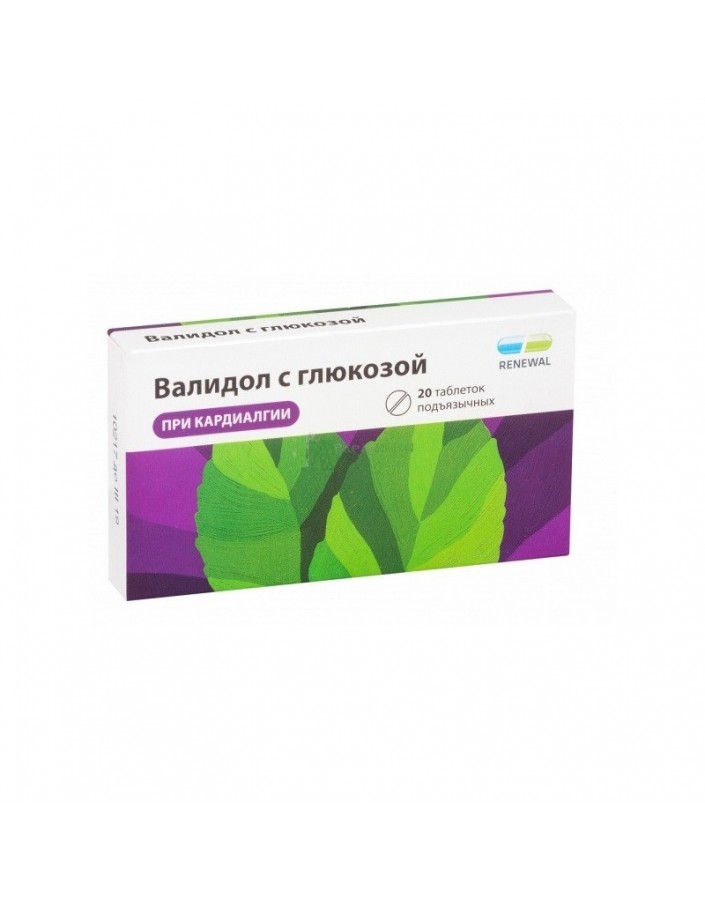 It has a sedative effect, has a moderate reflex vasodilator effect, caused by irritation of sensitive nerve endings. Stimulates the production and release of enkephalins, endorphins and a number of other peptides, kinins (due to stimulation of mucosal receptors), which are actively involved in the regulation of vascular permeability, the formation of pain. With sublingual administration, the therapeutic effect on average occurs after 5 minutes, with up to 70% of the drug being released within 3 minutes.

When sublingual application is absorbed from the mucous membrane of the oral cavity. After absorption, it is biotransformed in the liver and excreted by the kidneys as glucuronides. Dextrose is completely absorbed by the body, the kidneys are not excreted (appearance in the urine is a pathological sign).

sea ​​and air sickness (as an antiemetic).

With prolonged use may be mild nausea, tearing, dizziness. These phenomena usually pass on their own.

When used together with neurotropic means of inhibitory type of action enhances the inhibitory effect of the latter on the central nervous system.

Simultaneous use with nitrates reduces the headache that occurs when they are used.

The pill should be kept in the mouth under the tongue until completely absorbed. Take 1 tab. 2-3 times a day.

Daily frequency and duration of admission is determined depending on the effectiveness of treatment. If the effect is not sufficiently pronounced or if the effect is not observed in individual patients within the next 5 minutes after taking the drug, it is necessary to contact your doctor to prescribe another therapy.

In 1 tab. contains 188 mg of dextrose, which corresponds to 0.018 XE (this should be considered for patients with diabetes).

Storage conditions of the drug Validol with glucose