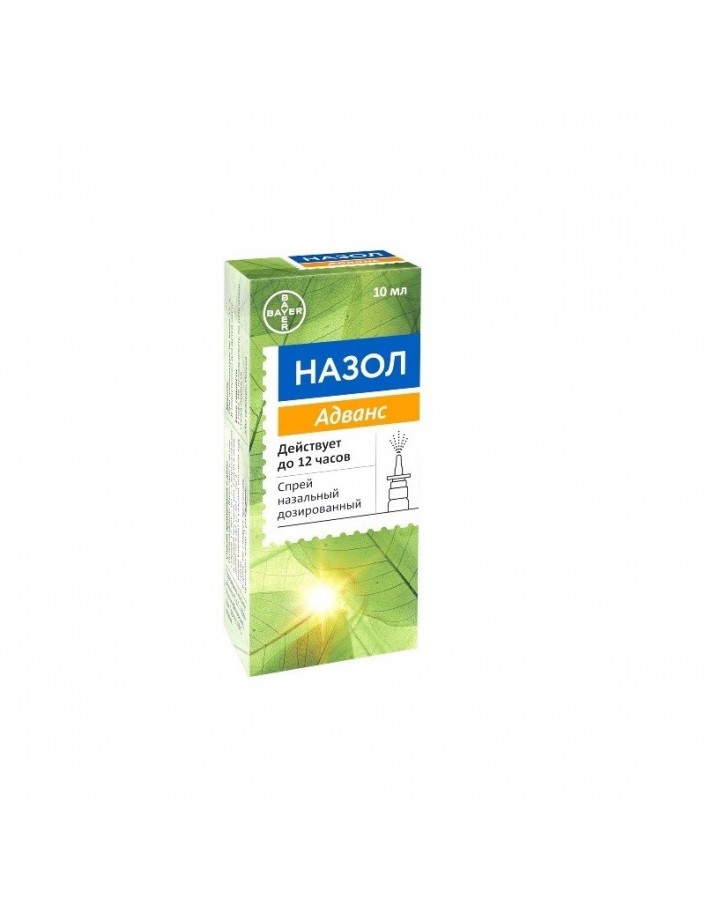 Clear liquid from colorless to light yellow color with a faint smell of menthol, eucalyptus and camphor.

Oxymetazoline belongs to the group of alpha stimulants for topical use. Has a vasoconstrictor effect. With the introduction of intranasal reduces swelling of the mucous membrane of the upper respiratory tract, which leads to the relief of nasal breathing and the opening of the mouths of the paranasal sinuses and Eustachian tubes.The effect of the drug is manifested in 10-15 minutes after application and lasts for 10-12 hours.

For relief of nasal breathing in case of “cold” diseases and viral infections of the upper respiratory tract, sinusitis, rhinitis of any etiology.

Hypersensitivity to the drug or its components, atrophic rhinitis, angle-closure glaucoma, marked atherosclerosis, conditions after transsphenoidal hypophysectomy, simultaneous use of monoamine oxidase inhibitors (including a period of 14 days after their withdrawal), children up to 6 years old, pregnancy, lactation period.

Use during pregnancy and during breastfeeding is possible only in the case when the intended benefits to the mother outweigh the possible risk to the fetus or infant.

Adults and children over 12 years old - 2-3 doses in each nasal passage 2 times a day.

Do not use the drug more than 2 times a day.

Do not use the drug for more than 3 days. With frequent or long-term use of the drug, a feeling of difficulty in nasal breathing may appear again or worsen. If these symptoms appear, you should stop treatment and consult a doctor.

When injecting, do not tilt the head back and do not spray in the “lying” position.

Burning or dryness of the nasal mucosa, dryness in the mouth and throat, sneezing, an increase in the volume of secretions released from the nasal cavity. After the effect of using the drug passes, a strong feeling of nasal congestion (reactive hyperemia).

When used simultaneously with MAO inhibitors and tricyclic antidepressants, an increase in blood pressure may be observed. The drug slows down the absorption of local anesthetic drugs, lengthens their action. Co-administration of other vasoconstrictor drugs increases the risk of side effects.

In the recommended dosage without consultation with the doctor, use no more than 3 days. Avoid contact with eyes. The drug has an effect on vision, possibly reducing the reaction rate.

To avoid the spread of infection, you must use the drug individually. With prolonged use (more than one week), the symptoms of nasal congestion may resume.

During treatment, you should refrain from driving and practicing other potentially hazardous activities that require increased concentration or psychomotor speed, as the drug may cause dizziness and other side effects that may affect these abilities.

Spray nasal dosage of 0.025 mg / dose.On 10 ml (150 doses) in a bottle from high-density polyethylene with the batcher, a spray from polypropylene and a polyethylene protective cap. Label on the bottle. The bottle together with the instruction on a medical use is placed in a cardboard pack.