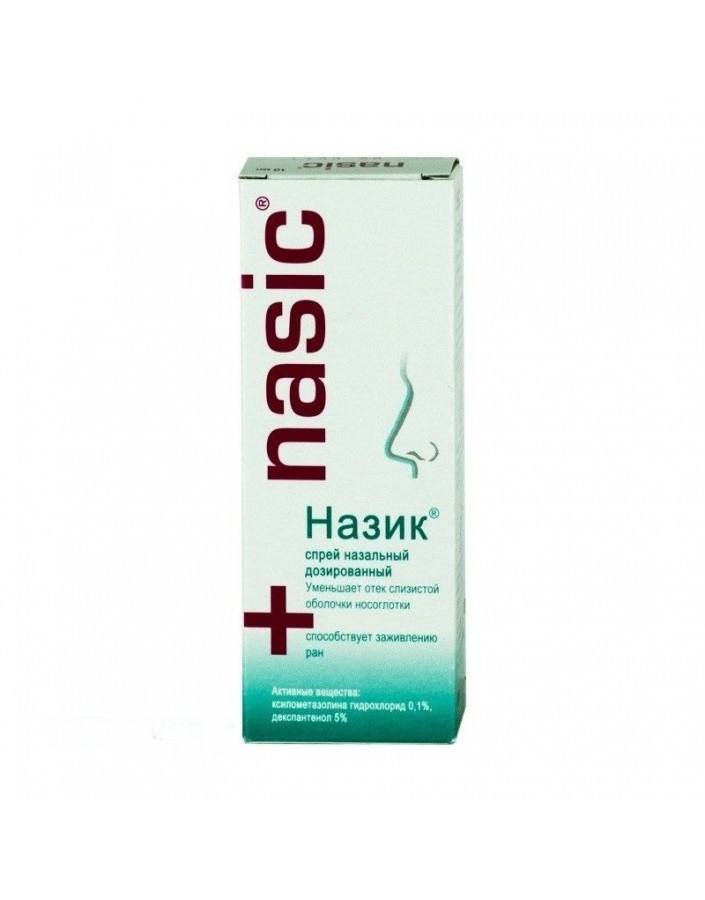 For adults and children over 6 years.

Hypersensitivity to the components of the drug, arterial hypertension, tachycardia, marked atherosclerosis, glaucoma, atrophic rhinitis, hyperthyroidism, porphyria, prostatic hyperplasia, surgery on the meninges (in history), children under 6 years old.Do not use with simultaneous treatment with monoamine kinidase inhibitors (MAO) and tricyclic antidepressants.

Considering that there is no data on the reproductive toxicity of the drug, its use is not recommended during pregnancy and lactation.

Remove the pump dispenser from the packaging. Uncap the bottle with the preparation, screw the dosing device on the neck of the bottle, remove the protective cap.

Before the first application of the spray, repeatedly press the pump dispenser until a uniform spray appears.

When using a nasal spray, the bottle must be held upright. Breathe in easily with the nose during the injection. One injection in each nasal passage 3-4 times a day. Duration of therapy is 3-5 days.

With frequent and / or long-term use - irritation and / or dryness of the nasal mucosa, burning, tingling, sneezing, hypersecretion, allergic reactions, swelling of the nasal mucosa, vomiting, headache, dry rhinitis, feeling of palpitations, increased blood pressure, insomnia, blurred vision, depression (with prolonged use of high doses).

Before use, you must clean the nasal passages.
Do not use for more than 5 days.
During the period of use of the drug, you should observe precautions, or avoid driving and engage in other potentially hazardous activities that require high concentration of attention and quickness of psychomotor reactions.

With the simultaneous use of MAO inhibitors and tricyclic antidepressants may increase systemic action.

Treatment. The use of Activated carbon, gastric lavage, oxygen ventilation of the lungs.To reduce blood pressure, 5 mg of phentolamine in 0.9% sodium chloride solution is prescribed by slow intravenous administration or 100 mg of phentolamine by mouth. Vasoconstrictor drugs are contraindicated. If necessary, use antipyretic and anticonvulsant drugs.

Keep out of the reach of children, at a temperature not exceeding 25 ° C.