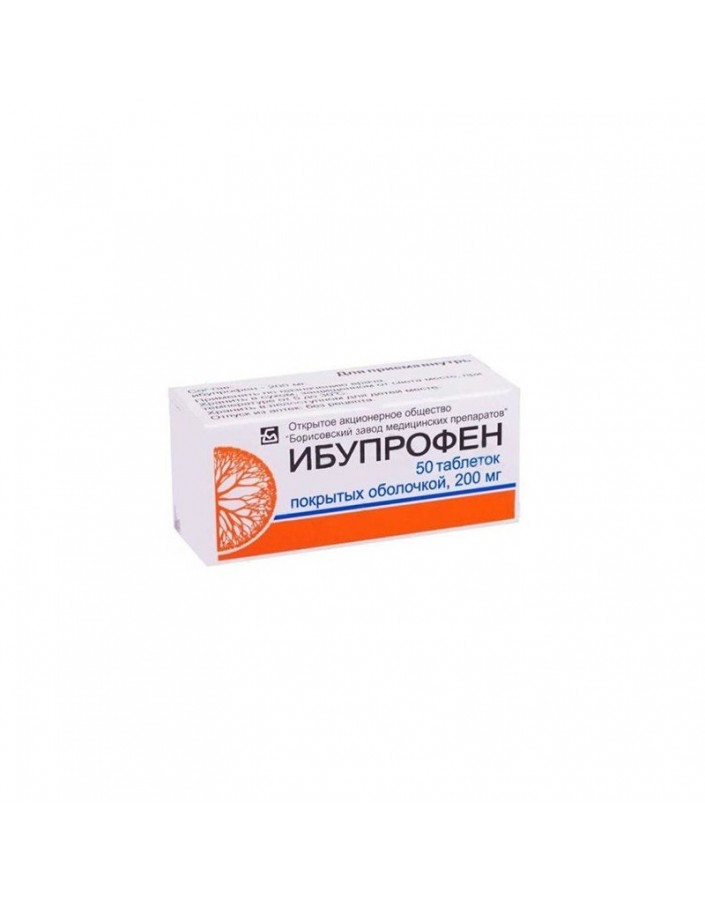 NSAID, a derivative of phenylpropionic acid. It has anti-inflammatory, analgesic and antipyretic effects.
The mechanism of action is associated with inhibition of the activity of COX - the main enzyme in the metabolism of arachidonic acid, which is a precursor of prostaglandins, which play a major role in the pathogenesis of inflammation, pain and fever. The analgesic effect is due both to the peripheral (indirectly, through suppression of prostaglandin synthesis) and to the central mechanism (due to inhibition of the synthesis of prostaglandins in the central and peripheral nervous system). Suppresses platelet aggregation.

When ingestion ibuprofen is almost completely absorbed from the gastrointestinal tract. Simultaneous food intake slows down the rate of absorption. Metabolized in the liver (90%). The half-life is 2-3 hours.
80% of the dose is excreted in the urine mainly in the form of metabolites (70%), 10% - unchanged; 20% is excreted through the intestines as metabolites.

Set individually, depending on the nosological form of the disease, the severity of clinical manifestations. When taken orally or rectally for adults, a single dose is 200-800 mg, the frequency of admission - 3-4 times / day; for children - 20-40 mg / kg / day in several doses.
Outwardly used within 2-3 weeks.
Maximum dose: for adults when taken orally or rectally - 2.4 g.

Erosive and ulcerative lesions of the gastrointestinal tract in the acute phase, diseases of the optic nerve, "aspirin triad", hematopoietic disorders, pronounced disorders of the kidneys and / or liver; hypersensitivity to ibuprofen.

Do not use ibuprofen in the third trimester of pregnancy. Use in the I and II trimesters of pregnancy is justified only in cases where the expected benefit to the mother exceeds the possible harm to the fetus.
Ibuprofen is excreted in small amounts with breast milk. Use during lactation with pain and fever is possible. If necessary, long-term use or use in high doses (more than 800 mg / day) should decide on the termination of breastfeeding.

Be wary when using concomitant diseases of the liver and kidneys, chronic heart failure, with dyspeptic symptoms before treatment, with anamnestic information about bleeding from the gastrointestinal tract and diseases of the gastrointestinal tract, immediately after surgical interventions, with instructions in history of allergic reactions associated with taking NSAIDs.
In the process of treatment requires systematic monitoring of the function of the liver and kidneys, a picture of peripheral blood.
It should not be used externally on damaged skin.
Ibuprofen in the form of tablets, capsules, syrup and cream is included in the VED list.

With simultaneous use of ibuprofen with anticoagulants, their action may be enhanced; with potassium-sparing diuretics, hyperkalemia is possible; with the SCS, other NSAIDs - increases the risk of side effects from the gastrointestinal tract. Ibuprofen increases the concentration of Digoxin, phenytoin, Methotrexate, lithium in the blood plasma; reduces the effects of diuretics and antihypertensive drugs.