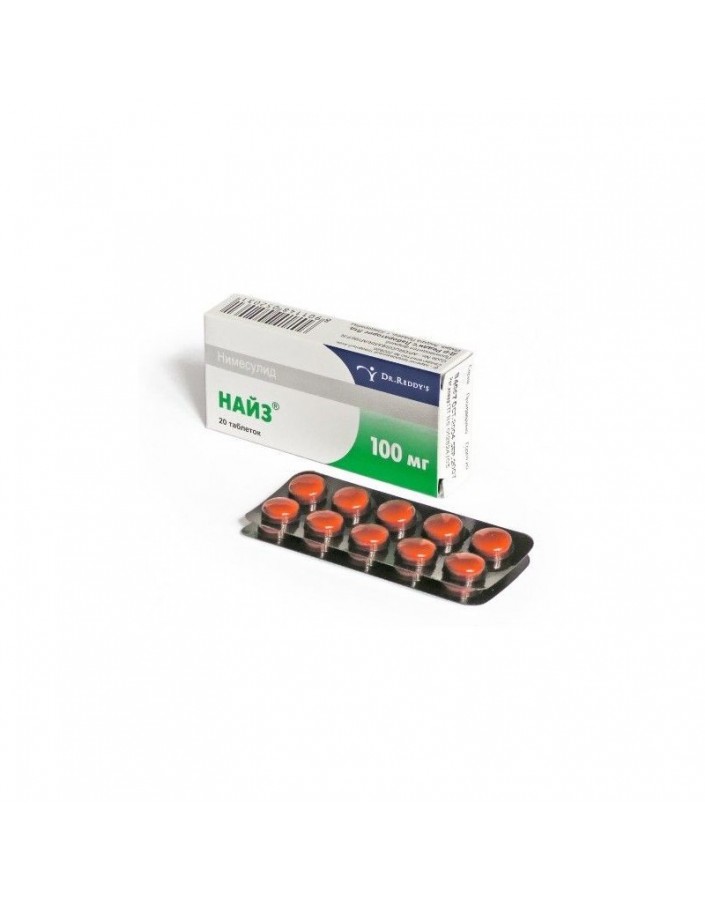 - erosive and ulcerative lesions of the gastrointestinal tract in the acute phase;
- bleeding from the digestive tract;
- "Aspirin Triad";
- abnormal liver function;
- severe renal failure (QC - pregnancy;
- lactation (breastfeeding);
- dermatosis, damage to the epidermis, skin infections in the area of ​​application (for the gel);
- children's age up to 2 years;
- hypersensitivity to Nimesulide and other components of the drug, Acetylsalicylic acid and other NSAIDs.
with caution the drug should be prescribed for arterial hypertension, heart failure, type 2 diabetes mellitus (non-insulin-dependent).

Precautions should appoint nise patients with impaired renal function, visual impairment.
With prolonged use, it is necessary to monitor the function of the liver and kidneys.
When using the drug in elderly patients, the correction of the dosage regimen is not required.

Influence on ability to drive motor transport and control mechanisms
Due to the fact that when administered by ingestion, Nise may cause dizziness and drowsiness, the drug should be prescribed with caution to patients engaged in potentially hazardous activities that require increased concentration of attention and quick psychomotor reactions.

store at a temperature not exceeding 25 ° C; do not freeze.