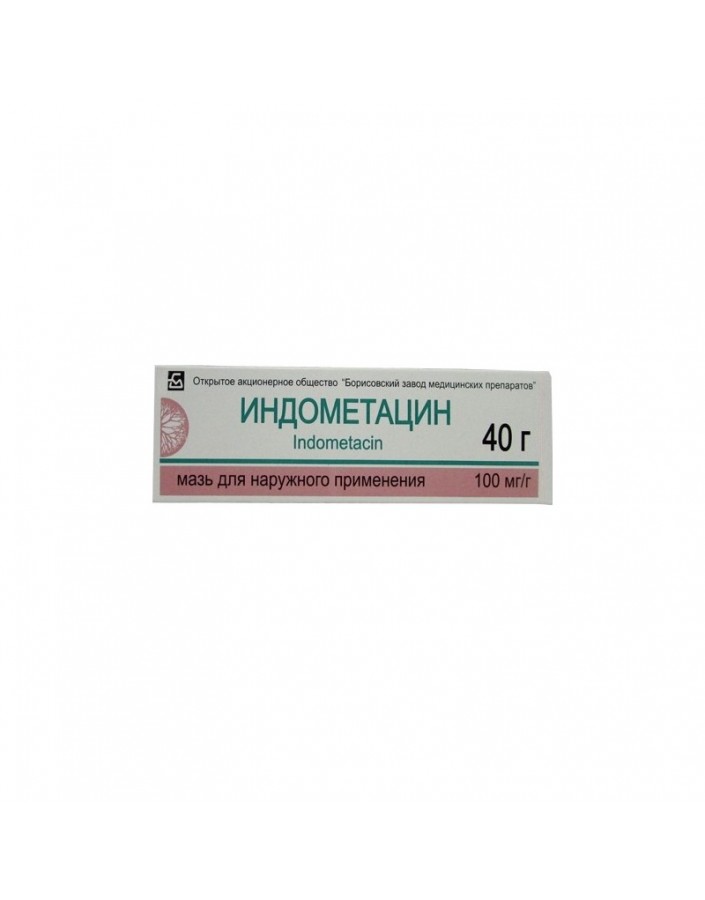 NSAIDs. It has anti-inflammatory, analgesic and antipyretic effects due to inhibition of prostaglandin synthesis. Suppresses platelet aggregation. When administered orally and parenterally, it helps relieve pain, especially pain in the joints at rest and when moving, reduce morning stiffness and swelling of the joints, and increase the range of motion. Anti-inflammatory effect occurs by the end of the first week of treatment. With prolonged use has a desensitizing effect. When applied topically, it eliminates pain, reduces swelling and erythema, helps reduce morning stiffness, increase range of motion.

Set individually, taking into account the severity of the disease. For adults with oral intake, the initial dose is 25 mg 2-3 times / day. With insufficient severity of the clinical effect, the dose is increased to 50 mg 3 times / day. Dosage forms of prolonged action used 1-2 times / day. The maximum daily dose is 200 mg. When effect is achieved, treatment is continued for 4 weeks in the same or reduced dose. With prolonged use, the daily dose should not exceed 75 mg. Accept after meals.
For the treatment of acute conditions or the relief of exacerbation of a chronic process, intramuscular injection of 60 mg is administered 1-2 times / day. The duration of the / m introduction - 7-14 days. Then indomethacin is used inside or rectally in 50-100 mg 2 times / day, while the maximum daily dose should not exceed 200 mg. For maintenance treatment is used rectally, 50-100 mg 1 time per day for the night.
For local use in ophthalmology, the dose frequency and duration of use are determined individually.
Outwardly used 2 times / day.

With caution used in elderly patients, as well as in diseases of the liver, kidney, gastrointestinal tract in history, with dyspeptic symptoms at the time of use, hypertension, heart failure, immediately after serious surgical interventions, with Parkinson's disease, epilepsy; in the I and II trimesters of pregnancy, during lactation.
When instructions in the history of allergic reactions to NSAIDs are used only in emergency cases.
During the period of treatment requires systematic monitoring of liver and kidney function, peripheral blood picture; Potentially hazardous activities that require increased attention, quick psychomotor reactions should be avoided.
With simultaneous use of indomethacin can reduce the effects of saluretik, beta-blockers; enhance the effects of indirect anticoagulants, lithium preparations.
Indomethacin should not be used in conjunction with diflunisal (due to the risk of severe bleeding from the gastrointestinal tract).
When applied topically should not be applied to the wound surface of the skin, as well as avoid contact with eyes or mucous membranes.